When Mexico achieved its independence from Spain in 1821, the area of present-day Arizona became part of the Mexican territory of Nueva California, also Alta California.  During the Mexican-American War (1847-48), the US Army occupied the area of present-day Arizona.  On 28 February of that year, President Abraham Lincoln signed the Arizona Organic Act, which created the Arizona Territory from the Territory of New Mexico, which had been created on 9 September 1850.  Fort Whipple, near present-day Prescott, became the first Territorial Capital. 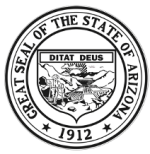 In 1864, Henry Wickenburg discovered gold in the Bradshaw Mountains and established a lucrative mining venture south of Prescott.  Word of this discovery acted as a magnet to gold-seekers, who began pouring into Arizona.  They were followed by ranchers, farmers, store and saloon keepers.  In 1865, Camp McDowell (later called Fort McDowell) was established to protect settlers and prospectors from the Tonto Apache.

The route to Fort Whipple from Camp McDowell was a circuitous one.  Initially, the US Cavalry route headed toward present-day Phoenix, made a loop northward to Wickenburg, and then on to Fort Whipple.  In October 1870, Colonel George Stoneman was made aware of a shortcut route to the capital, which took advantage of an Indian trail that offered water, two natural springs, and an abundance of tall grass for forage.  This short cut and area of water and forage became the town of Cave Creek, Arizona.

The first individual to settle in Cave Creek was a Missouri-born Confederate deserter by the name of Edward Cave.  He was called “Old Rackensack” by later settlers.  Cave mined the area of Cave Creek for thirty years and founded some of the best producing mines in that area.  Cave Creek was not named for Old Rackensack, however.  It was called Cave Creek because of the cave that existed there, and the creek that ran along just below it.  Edward Cave is believed to have died around 1912, but his body was never found.

Fifteen years after Edward Cave’s demise, a 40-year old woman named Catherine waived goodbye to her grown and newly married daughter in Iowa, stepped into her Buick touring car, and headed for Arizona.  She finally settled in Cave Creek and ended up marrying a fellow named Elliott.  Together, they had a daughter whom they named Vera.  Elliott and Catherine homesteaded 160 acres and named their ranch Cahava, which we are told is an Apache word for “always water.”  Elliott decided that ranching wasn’t for him, so he left Catherine and headed for California —and this is the last we’ll hear of Elliott.  Catherine remained on the ranch and ran it by herself.  To this, she added another 640 acres that ran adjacent to the spread of Theodore “Ted” Jones.

Jones migrated to Arizona from Rochester, New York in 1904.  At that time, he was 34-years old and headed out west to find his fortunes.  When he first appeared in Cave Creek, there were only three families living there.  Phoenix, the nearest city, only had two main streets.  Folks referred to Ted as Mysterious Jones owing to the fact that he kept to himself and didn’t share his personal business with others.  Around the beginning of World War I, Ted Jones left the area to parts unknown.  He returned years later to establish a cattle ranch, which was called the TBJ spread.

Catherine was ten years younger than Ted, but they came to an accommodation and were married. They ranched two sections of land north of Cave Creek.  From all accounts, Catherine was the perfect pioneer woman, but more than this she became an expert ranch hand.  Catherine, barely five feet tall, always wore clothes that were appropriate for ranch work.  A Stetson hat, kerchief around her neck, cotton shirt, three button jacket and breeches.  She also never went anywhere without a .38 pistol holstered around her waist.  She not only wore the pistol she also knew how to use it.

Some folks started referring to Catherine as Cattle Kate, others called her six-gun Katie.  The latter moniker came to her because she was powerfully protective of her ranch and would not brook interlopers.  Back then, cattle rustling, horse stealing, and squatting on other people’s land was a real problem and more often than not, a deadly one.

Between 1920-1933, a constitutional amendment prohibited the production, importation, transportation, and sale of alcoholic beverages.  Referred to as the Prohibition Era, all this ban did was create a demand for booze from one coast to the other and made law-breaking a profitable business.  Arizona bootleggers discovered the plentiful water at Cave Creek and set about to establish stills in this area.  All things being equal, this might have been okay had they not tried to use Catherine’s ranch as a location for their illegal stills.  In the first incident, Kate confronted a man who was setting up a still and ordered him off her property.  When he observed the tiny older woman, he concluded that he could intimidate her.  After she shot off a nice chunk of his ear, he left Cave Creek and was never seen around there again.

A second encounter involved two tough hombres who decided to set up a still near one of the natural springs.  Katie confronted these men across a small arroyo and told them to clear off her land.  They refused and demanded to know what she intended to do about it.  At about that time, a ground squirrel ran across in front of these men.  Katie snapped out her .38 pistol and shot the squirrel’s head clean off.  “That’s what I intend to do about it,” she told them.  They too left Cahava, and somewhat quickly, too. 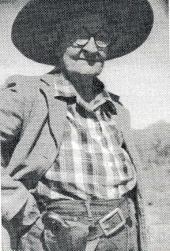 Kate also didn’t put up with poachers.  It was her land, and all the wildlife on that land were hers as well.  She shot a finger off one poacher, shot another fellow in the foot, and sent a third fellow packing without his horse.  Kate was tough, but then too, so was Ted.  Both Ted and Kate received appointments as game wardens in Maricopa County, and Kate later became the first female deputy sheriff in the United States.

By this time Kate began wearing two .45 caliber pistols and she was equally proficient in firing them with either hand.  And, if anything, Kate was a stickler for the law.  When her fellow deputy killed a deer out of season, she arrested him.  This fellow was a big man, standing over six feet tall and as wide as he was tall.  Standing next to this fellow, Kate was a dwarf.  The deputy considered resisting arrest until he noticed the look of determination in Kate’s eyes and realized that resisting arrest would be a very big mistake.  He wisely submitted to her authority.

Ted Jones passed away in 1961, but Catherine Jones continued to run the ranch until she reached the age of 85-years.  At that time, she gave up the ranch and moved to California to live out her days with her daughter Vera.  She passed away in 1970.

This WordPress.com site is for insights, observations and commentary on various issues. We are part social critic, part philosopher, part dreamer, and part seeker after elusive truths.

Just writing some poems. No pics, no GIFs, no vids. Keeping it simple.

This blog is dedicated to Andrew Breitbart and my wonderful America-loving husband. I believe this header picture was taken by Mr. Z on a beautiful Santa Monica day! (and most of them are!)

shining a light on global issues

Grumpy Opinions
We'll All Die As Marines - One Marine's Journey from Private to Colonel
%d bloggers like this: