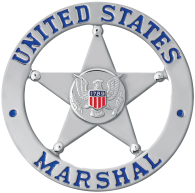 Evette Dumas Nix, known throughout his life as E. D. Nix, came from a family of lawmen.  Nix was born in mid-September 1861 in Kentucky.  At that time, at the beginning of the American Civil War, Kentucky had a population of over one million people; a quarter of those were Negro slaves concentrated in the Bluegrass region, Louisville, and Lexington.  Kentucky was a thriving state with well-established trade in both the east and west, commerce aided by wide rivers and an emerging railroad industry.  During the war, most Kentuckians remained loyal to the Union; those unable to support the Union moved southward into Tennessee or west to Missouri.

D. Nix’s uncle was a county sheriff and his father a deputy. Approaching adulthood in the 1880s, E. D. worked as a grocer and a clerk in a hardware store —occupations somewhat disassociated from law enforcement— but in the decades following the Civil War, it was the kind of employment that kept food on the table, and allowed E. D. to marry his childhood sweetheart, Ellen Felts.  The Oklahoma Land Run of 1891 motivated Nix to move west.

Between 1819-28, Oklahoma Territory was part of the Arkansas Territory.  In time, federal authorities viewed Oklahoma as an area suitable for the resettlement of native Americans who found themselves in the way of westward-bound Anglo settlers.  The Choctaw Indians[1] were the first forcibly resettled in Oklahoma.  To achieve the resettlement of Indians, the federal government closed a large area of the territory to all white settlement designating it as “Indian Territory.”

The Oklahoma Land Run occurred after the federal government made the decision to open the Indian territory to white settlement.  The land run itself took the appearance of a horse and buggy race involving around 20,000 men and women who wanted a share of more than 6,000 plots of former Indian reservation lands.  There were three such runs; the first to settle Iowa, Sac, Fox, Potawatomi, and Shawnee Indian lands.  A second run targeted Tecumseh (later renamed), and a final run on 28 September 1891 focusing on Chandler, re-designated Lincoln County. 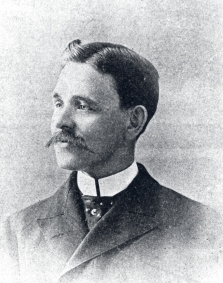 E. D. and Ellen Nix settled in Guthrie, Oklahoma where E. D. pursued business interests. To strengthen business prospects, E. D. developed good relations with other businessmen and influential citizens. One of these was a cattleman by the name of Oscar Halsell, who in his younger days played key a role in the barely remembered Hunnewell Gunfight[2].  In 1893, Nix accepted a commission as United States Marshal for Oklahoma.  At the time, aged only 32-years, Nix was the youngest man to hold such an important position.  Up until that time, despite every effort of the federal government, dangerous outlaws continued to infest, terrorize, and disrupt commerce within the Oklahoma Territory.

Nix’ appointment came in the twilight days of Judge Isaac Parker‘s tenure on the federal judiciary.  Federal appointments are almost always political, which brings forth the question why such a young and inexperienced man should receive such an appointment.  Of course, should E. D. Nix fail to “clean up” the territory, it would be easy to blame his youth and naïveté as a law officer while providing cover to higher ranking politicians. 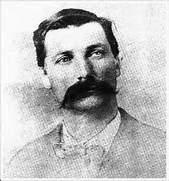 Among those terrorizing the region of Oklahoma, Texas, and Arkansas was the Bill Doolin Gang[3].  The Doolin Gang committed armed robbery and murder one after another.  So thorough was their dominion in Oklahoma they even established an outlaw haven in Ingalls, Oklahoma.  US Marshal E. D. Nix wasted no time following his appointment in confronting the Doolin Gang on their own turf.  He organized a posse of fourteen deputies headed by Deputy US Marshall John Hixon.  During the Battle of Ingalls on 1 September 1893, Nix lost three deputy marshals to gang gunfire: Deputy US Marshals Thomas Hueston, Richard Speed, and Lafayette Shadley.  In this engagement, outlaws Bittercreek George Newcomb, Blackface Charley Pierce, and Dynamite Dan Clifton received wounds, but managed to escape arrest.  Arkansas Tom Jones, stunned by a stick of dynamite tossed into his hiding place by deputy Jim Masterson, ended up in federal custody.

Nix had underplayed his hand against the Doolin gang; it was a mistake he resolved not to make again.  Marshal Nix organized an elite force of men that included a hundred deputies … men such as Heck Thomas, Bill Tilghman, and Chris Madsen (See also: The Guardsmen).  Nix formed an attachment to his men and was highly defensive of them and their actions in bringing law and order to Oklahoma.  With Marshal Nix’ support, his deputies used whatever means necessary in subduing criminal activities —including lethal force.

Nix wasn’t a shootist; he was an administrator.  He kept meticulous records of events validated by corroborating statements from participants and witnesses.  Two years after the Battle of Ingalls, a saloon owner by the name of Murray sued for damages rendered to his property and person, alleging that Nix’s deputies had engaged in indiscriminate fire, which destroyed his saloon and wounded him.  Nix addressed these allegations to the Attorney General, stating, “Murray and other citizens catered to the outlaw trade, carried them news of the movements of lawmen, furnished them with ammunition, cared for their horses, fed them, and gave them a place to sleep.  This man named Murray came to the front of his saloon, either just before the outlaws left the building or just after … However, when he first appeared in the doorway, he had his Winchester in his shoulder and firing it.”

E. D. Nix may have been too supportive of his no-nonsense deputies. Three years after accepting his appointment, federal authorities dismissed Nix from the Marshal’s Service, alleging misuse of government funds. Nix did not misuse funds; his failure to properly account for office expenditures was a result of inadequate government accounting procedures.  Government auditors cleared Nix of any wrongdoing, but by then he had already moved forward with his life; he returned to his business interests in Guthrie.

In 1929, E. D. Nix co-authored a book with Gordon Hines titled Oklahombres: Particularly the Wilder Ones which detailed the demise of the Doolin-Dalton and Jennings gangs.  Nix passed away on 6 February 1946, aged 84 years.  Nix’ family laid him to rest in his home state of Kentucky.

[1] Choctaw (also, Chahta) originally occupied the areas of present-day Alabama, Florida, Mississippi, and Louisiana.  They share their language group with Muskogee, Hopewell, and Mississippi cultures.  By the 17th century, the Choctaw coalesced as a distinctive tribal group.  In the 19th century, European American settlers regarded them as one of the five civilized tribes because they readily adapted to the cultural practices of white settlements.  Nevertheless, they were the first group of Indians forcibly removed under the Indian Removal Act.

[2] The Hunnewell, Kansas (population today, 83) gunfight occurred on 21 August 1884 in a somewhat obscure cow town.  Though small, the town was prosperous as a shipping point for Texas cattle.  In 1884, Hunnewell had one hotel, two general stores, one barber shop, two dance halls, and eight saloons.  With a town filled with railroad men and cowboys, violence in Hunnewell was common.  No one wanted to wear a lawman’s badge, so local ranchers and townspeople dealt with crime in their own way.  On 21 August, two cowboys named Oscar Halsell and Clem Barfoot entered Hanley’s Saloon, became drunk, and started causing problems.   Two in-transient Kansas lawmen entered the saloon and attempted to quell the disturbance.  Following a short (but loud) argument, men began pulling their guns.  Clem Barfoot may have started the shooting, but several more shots rang out and Barfoot soon lay dead.  Deputy Ed Scotten was also mortally wounded.  Halsell survived the shootout and as an Oklahoma rancher, later hired on such men as Bill Doolan and George “Bitter Creek” Newcomb.

[3] Bill Doolin was a member of the Dalton Gang in Kansas who, for whatever reason, was not present during the infamous Coffeyville shootout on 4 July 1891.  In 1892, Doolin formed his own gang, variously called the Doolin Gang and the Wild Bunch.  For a time, the Wild Bunch was the most powerful (and feared) outlaw gang in the Old West.

You Can save your marriage with the right knowledge

This blog is dedicated to Andrew Breitbart and my wonderful America-loving husband.